McNamara Bros. Soft Drinks was established in 1892 in Toowoomba, Queensland.

Originally founded in Ruthven St, McNamaras' moved to Telford Street in 1940 where they remained until the early 1990s when the business ceased operations.

Mmm! Natural and full of goodness. 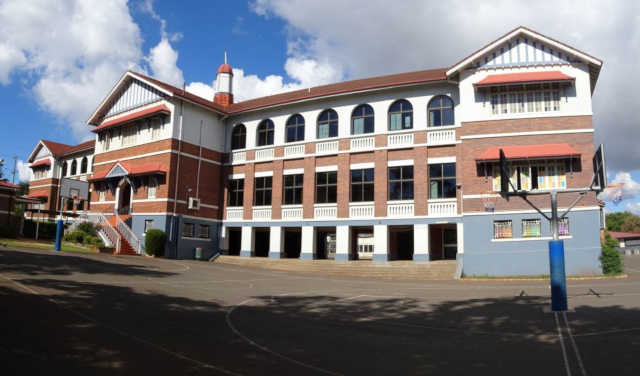 Originally known as Queen's Park State School, its origin dates back to 1887 when two and a half acres was reserved for the school and when a single timber building designed for a capacity of 235 students was built. As enrolment numbers started to increase, the school had five buildings by 1932.

By the mid 1930s, the schools buildings were still not sufficient to accommodate the ever increasing number of student enrolments and a new school building was built between 1935 and 1936 at a cost of £16,326.

The new building was designed to accommodate 640 students when it opened in 1937, but by this time enrolments were still way above this number. This building is today known as Block A.

Heritage listing on the Queensland Heritage Register was effected on July 28th 2017.

McCafferty's Coaches was established in 1940 by Jack McCafferty to service a route between Picnic Point and Rangeville.

The company slowly began to grow with services to the Gold Coast during the 1950's and later services to greater Queensland.

During the 1980's at the height of McCaffertys success, the company started to provide interstate services to Sydney in New South Wales (NSW) and Melbourne (VIC).

In 2000 Greyhound was acquired by McCafferty's and eventually in 2004 the merged entity was rebranded Greyhound Australia.

An official date of Sunday 8th September 2019 has been set for the opening of the new Toowoomba Second Range Crossing which will be known as the 'Toowoomba Bypass.'

The contract to build the roadway was awarded to construction company Nexus in August 2015.

As the name suggests the Toowoomba Outer Circulating Ring is a series of connecting roads designed to form a ring circulating traffic along the fringe of the Toowoomba CBD.

The objective of the project is to save time and make it more convenient for residents and commuters alike by making it a more enjoyable experience for people commuting into the CBD and allowing motorists to bypass the CBD. Flood mitigation infrastructure was also an essential part of the project where East and West creeks merge.